When we approached ERES LLC for sponsorship, they wanted to support ZO, but had no real preference for a particular country or any desire to set up their page with creative artists. They left those details to ZO!

Exceptional can sometimes be spelled . . .

“This was a great opportunity for us to see how this type of sponsorship might work, so because we have had so much contact with so many artists from all over the world, we decided that we would go with some kind of random selection to choose a country for ERES (which by the way is an acronym for Exception Real Estate Solutions). All of us at ZO have a propensity for games, fun, and doing things differently, so we ‘artistically’ listed every country on pieces of paper, put those folded choices into our gold jeweled ‘break the tie’ box, and picked a name out of the proverbial hat!

Timor-Leste was a bit of a surprise to all of us, because none of us could really remember hearing much about it, nor did we have much of an idea of where it was. Although we proceeded to look up a few things about life there from the news, we’re really looking forward to finding some artists from there. It is a beautiful country and seems quite interesting.” River Alexander – Concept Director.

The culture of East Timor reflects numerous influences, including Portuguese, Roman Catholic, and Indonesian, on Timor’s indigenous Austronesian and Melanesian cultures. East Timorese culture is heavily influenced by Austronesian legends. For example, East Timorese creation myth has it that an aging crocodile transformed into the island of Timor as part of debt repayment to a young boy who had helped the crocodile when it was sick. As a result, the island is shaped like a crocodile and the boy’s descendants are the native East Timorese who inhabit it. The phrase “leaving the crocodile” refers to the pained exile of East Timorese from their island. East Timor is currently finalizing its dossiers needed for nominations in the UNESCO World Heritage List, UNESCO Intangible Cultural Heritage Lists, UNESCO Creative Cities Network, UNESCO Global Geoparks Network, and UNESCO Biosphere Reserve Network. The country currently has one document in the UNESCO Memory of the World Register, namely, On the Birth of a Nation: Turning points.

We are just beginning our exploration into the arts in Timor-Leste and were excited to find a website for the East Timor Arts Society. We will initiate contact soon. Meantime, please explore their site! Our whole purpose is to discover, explore, connect and enjoy the art around the world.

Voices of the Youth

Please make sure to check out info on our “Best Breakfast In the World” Concept & Expo in development.

We are in the process of contacting the East Timor Arts Society and other arts-related entities in Timor . . . Stay tuned.

COUNTRY SPONSORS can highlight arts in their country and we are looking forward to their input to help us get the “BIG PICTURE” of what’s happening artistically around the globe.

We have not yet launched ZO’s campaign for Country Sponsorship.  It will be available to individuals and businesses working in the creative arts and sponsorship is quite a bit more than for the cities offered to the public through our web portal.  We want to know the people that are sponsoring Countries so that we can all make it a valuable connection for all of us.  If you would like to go a little deeper with us and sponsor a Country, please write us at sponsor@zomagazine.com and let us know what you do creatively and which country you may be interested in. 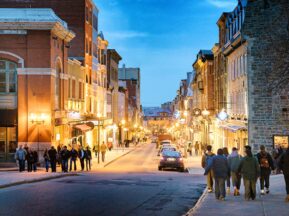 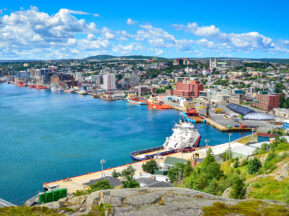